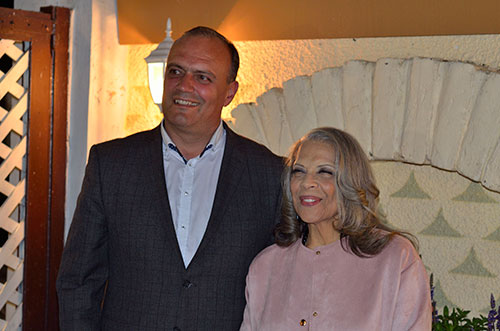 It was a real pleasure to welcome for dinner at restaurant MoMa the legendary Jazz singer Patti Austin.

A real legend in the American Jazz and Soul scene, Patti Austin has an amazing carrier and creates unforgettable songs.  She was a protégé of Dinah Washington and Quincy Jones, whom she worked with for a long period of time. Amongst the artists she sang duets with are Michel Jackson, James Ingram, George Benson. Her songs are always at the top of the charts. Her classic jazz album “Avant- Gershwin” from the 2008 was awarded with Grammy. In 2016 Patti is releasing an album with songs made popular by Ella Fitzgerald. Patti Austin has started singing as a solo artist at symphonic concerts (including those in Detroit, Baltimore, Phoenix, Minneapolis, Oregon, etc.). The program includes songs of Ella Fitzgerald and Duke Ellington.